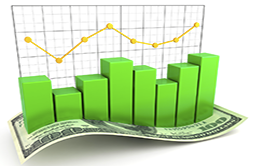 It was sure to happen and it did, this month. The fixed effective interest rates for Small Business Administration (SBA) 504 loans saw a slight increase over last month, ending 10 consecutive months of declining rates and 4 consecutive months of the lowest rates in the program's history. Fret not, as 504 interest rates are still phenomenally low PLUS new reduced program fees for FY 20 have kicked in!

The bonds that funded October's 25-year 504 loanswere sold to investors at 2.22%, resulting in a final effective interest rate of3.480%under the new fee schedule for 504 standard loans and 3.482% for refinance loans.

The bonds that funded October's 20-year 504 loanswere sold to investors at 2.08%, resulting in a final effective interest rate of3.398%under the new fee schedulefor 504 standard loans and 3.400% for refinance loans.

“Auctioning long-term debt at its lowest levels in three-years drew below average demand from investors, forcing dealers to position the securities and raising yields going into (the) pricing of the SBA 504 program's October debentures. Then Friday's (Oct. 11) session was impacted by news of a first-phase agreement between the US and China that will pause some tariff increases which will be met with increased Chinese purchases of agricultural products. The impact on markets was somewhat unexpected since much of the agreement had previously been settled. Nevertheless, safe-haven trades were abandoned, and equities strengthened, gaining almost 1.5% on the week to levels that are within 2% of their recent highs.

“Of benefit to small business borrowers was (the Oct. 10) debenture sales that showed increased demand for the 25-year term issue, which was larger than the traditional 20-year issue for the third consecutive month. (October pricing saw a) slight uptick in rate for the benchmark Treasury and the recent 504 debentures while the Prime Rate has seen a 50-bps decline since July. At 2.08% and 2.22% respectively, the ongoing effective rates for the debentures are -154 and -146 bps to Prime,” Keane said.